No short biography such as this can make justice with the life and achievements of Abraham Ben Meir Ibn Ezra (ca. 1091 – ca. 1167). A giant among scholars that (almost) single-handedly transmitted the fruits of one dying great culture (the ‘Golden Age’ in Spain) to help birth a new culture (The Jewish Ashkenazi culture). At age 50 Ibn Ezra fled Spain, and commenced one of the more influential writing careers in the Hebrew language that made its impact on the Christian world as well.  The Astrology Course is based on those writings.

He wrote science guides, grammar handbooks, astronomical and astrological textbooks, and treatise on 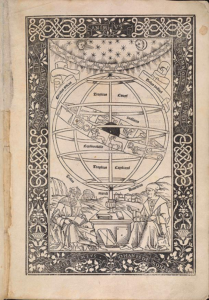 mathematics and philosophy. His best known works are the biblical commentaries, in which he reads the biblical texts in lieu of the advancements in science, his Neo-Platonic thought, and an astrological point of view, always preferring the simple grammatical explanation rather than a symbolic one.  For the last 25 years of his life he moved from one Jewish community to the next in Italy, France and England. In each place he stayed for a few months to a few years, writing in Hebrew for a local patron and moved on. “Ibn Ezra wrote his works – often in more than one version- for various patrons at the different stations on his peregrinations, and thus in diverse contexts and in response to different challenges.”[1] 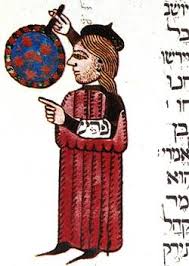 Reading into his overall works reveals a mind that is beyond measure. A polymath, a wizard in language, a philosopher, and a scientists preferring rational explanations alongside being a devout Jew. His style of writing is the Talmudic style (and modern academic style) of citing previous scholarship debates on any topic, sometimes agreeing with one side, sometimes rejecting them all, and sometimes leaving the reader to decide for himself. He cites hundreds of different sources in his entire works: all the known Jewish thinkers, Greek philosophers/scientists, and Arab scholars are in his reference lists. This all suggests a photographic memory. He is known as a genius, poor vagabond, but long before he left Spain he was a well-known poet and a reputed scholar, and also impoverished.

To gain some understanding into the life and the works of Abraham Ibn Ezra it is best to start with some understanding of the cultural climate he was born into. Historically we name this period the twilight of the “Golden Age of the Jews in Spain”. The ‘Golden Age’ started in the early 8th century when the Muslims conquered the Iberian Peninsula and formed the Caliphate of Al-Andalus. Over the next 4 centuries Jews enjoyed cultural tolerance and opportunities to practice openly their faith and flourish is trades. This led to Jewish involvement in intellectual advancement in all fields: philosophy, astronomy, mathematics, medicine and much more.[2] Yet, by the time Abraham Ben Meir Ibn Ezra was born in ca 1089 in Tudela, the political climate has changed. From the north the Christian re-conquest of Spain was commencing, from the south the Almoravids, and later the Almohades, non-tolerant Muslim sects, were claiming territories and Jewish lives.

Throughout his life, Ibn Ezra considered himself to be a Poet. In 11th -12th century Spain, a poet was an 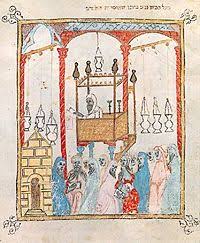 esteemed profession valued by the aristocracy, and the laymen alike. A poet would be sponsored by a patron and produce praise poetry, as well hymns, eulogies and other forms of poetry for special occasions. It is clear that Ibn Ezra received the classical Jewish education (the Bible and the Talmud), and the foremost Arabic education of the time which included poetry, science, mathematics and astrology which at that time was equal to medicine. His wondering spirit was evident from early on, with indications that he had moved from one city to the next (we know of Tudela, Toledo, Cordoba and in Lucena, Granada and Sevilla). We can trace some of his whereabouts in those years by following the poems he had dedicated to various patrons. We also have traces of travels in North Africa: we know he had stayed in Gabes (Tunisia) in Al Qal’a of Beni Hammad in Algeria (Now in ruins, in the 11th century, it served as the first capital of the Hammadid dynasty), in Marrakesh (Morocco), and in Tafilat historically Sijilmasa (Morrocco). It is unclear if he had ever reached the land of Israel, with more and more modern scholars believing that he probably had not. I personally think that if he had, he would have written poems describing the experience and their non-existence is a ‘proof’ of him not visiting the land.  It is presumed that he had five children, of which we know only about his eldest son Isaac. Isaac was probably married to the daughter of another notable Jewish poet and philosopher – Yehuda Halevi. When it was time to flee Spain, Isaac left for Egypt. He later moved to Bagdad where he reputedly converted to Islam, before his premature death. Poems by Isaac Ibn Ezra have been found in the Cairo Geniza. We know nothing of any other relative of Ibn Ezra.[3]

As I stated before, a successful poet in the 12th century was much more than a person who writes lyrics for songs. All the known poets were also philosophers, all had wide intellectual interests, and many enjoyed a good life under the patronage of an influential courtier. Yehuda Halevi, Ibn Ezra’s close friend did enjoy such life. He served for a while as a physician in the court of Alfonso the VI, and was active in Jewish communal affairs, wherever he went. Ibn Ezra did not enjoy such a life.

Ibn Ezra was a prolific poet, praised by his contemporaries: “Abū Isḥaq ibn Ezra, who belonged to the sect of those who speak eloquently, and of those exalted and enigmatic speakers with oration skills”.[4] He wrote sacred poetry, some of which is still being sung alongside prayers in synagogues. His poems were written in the traditional poetic style inherited from the Arabic culture and used by all Jewish poets in Spain. Unlike other poets, Ibn Ezra was the first to put into words his frustrations, and lament his troubles, mostly concerned with poverty, some with not getting the honor he deserved. “His poetry takes on a personal expression, sometimes straight forward,  punctilious and blunt to the point of being rude, unclothed in rhetorical finery as found in classical poetry, and as practiced by the greatest poets of Spain”.[5]

“When I come to the patron’s house early in the morning, they say:

‘He has already ridden away.’

When I come in the evening, they say:

‘He has already gone to sleep.’

“The heavenly spheres and fortune’s stars veered off course the day I was born;

if I were a seller of candles, the sun would never go down.

I struggle to manage and even succeed, but I’m thwarted by the stars in the sky;

if I were a dealer in shrouds, no one so long as I lived would die.

If I had a scheme to profit from arms and going to war, all the foes in the world would be friends and fight no more”[7]

Whether it was because he was born with planets in fall or detriment, or because he had a blunt, even rude manner, Ibn Ezra did not play a role in the courts of the affluent, and was not playing the politics of the Jewish communities. His poems reflect poverty to the point of hunger, worn out cloths, and disrespect. They also tell of his nomadic life, his liking of the game of chess, his appreciation for true friendships, and his enjoyment of making up riddles. Yet, he had to survive somehow, and I presume that long before he left Spain, he earned his living by teaching, and giving astrological consultations. Modern scholars find it hard to accept that such an intellectual with such a great mind, had worked as an astrologer, and yet, taking into account all the wonderings, and knowing that Ibn Ezra was described by his contemporaries as the man who only has an astrolabe in his bag, I would like to suggest that practicing astrology may have helped him earn the next meal. Also, he may have traveled from place to place offering his services as a teacher, and after teaching everything he could, he would move on to the next student. While in the Arab world, he could teach from ready texts, such as Ma’ashala’s books in astrology, and Shmuel Hanagid’s grammar books. Yet, when he arrived to Christian Europe which was lagging behind Muslim Spain in science and philosophy, he simply had to produce all those textbooks himself. In my view all his works are the works of a seasoned, experienced teacher. 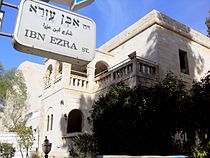 His last years were spent in London in which he produced ‘Yesod Mora’, his only personal philosophical essay about the importance of following the Jewish commandments. His last known work was written in London in 1160. After that his tracks are lost and we are left with Jewish Folklore legends on his whereabouts in those last years, and attesting to him dying at the age of 75.

Ibn Ezra has managed to be one of the very few Jewish notables who left their mark both in the Sephardic (Muslim North Africa and Arabia) and the Ashkenazi (Christian Europe) Jewish diaspora. The former knew him as a poet, the latter as a biblical commentator

The Astrology course is a presentation of the astrological techniques Ibn Ezra brought with him to Western Europe, and those that became the standard practice for medieval astrology. The very same techniques used by later scholars such as Galileo, and Kepler.